New Orleans food is as delicious as the less criminal forms of sin. — Mark Twain

I’ve eaten some amazing food at the most amazing restaurants in New Orleans. I’ve dined in elegant, centuries-old dining rooms that made me feel like a pompous aristocrat. I’ve had service on par with the best in the world, and yet that still left me feeling comfortable and welcome.

Mr. B’s was, sadly, not one of these. I felt ignored and forgotten. When I finally left the bar to find out if I’d ever be seated, I was shoved into a tiny table right in the center of the busiest thoroughfare in the restaurant.

Which is all to sound as if I’d never come back to visit Mr. B’s Bistro, but au contraire: This is the first place to which I plan to return. Why?

Because when I close my eyes and dream of what I ate in New Orleans, I always come back here.

This was, hands down, some of the best, most memorable food I’ve had in the city.

I started off at the bar, as I mentioned, with the restaurant’s signature drink: the Orange Julius. This isn’t your local mall’s Orange Julius let me tell you. 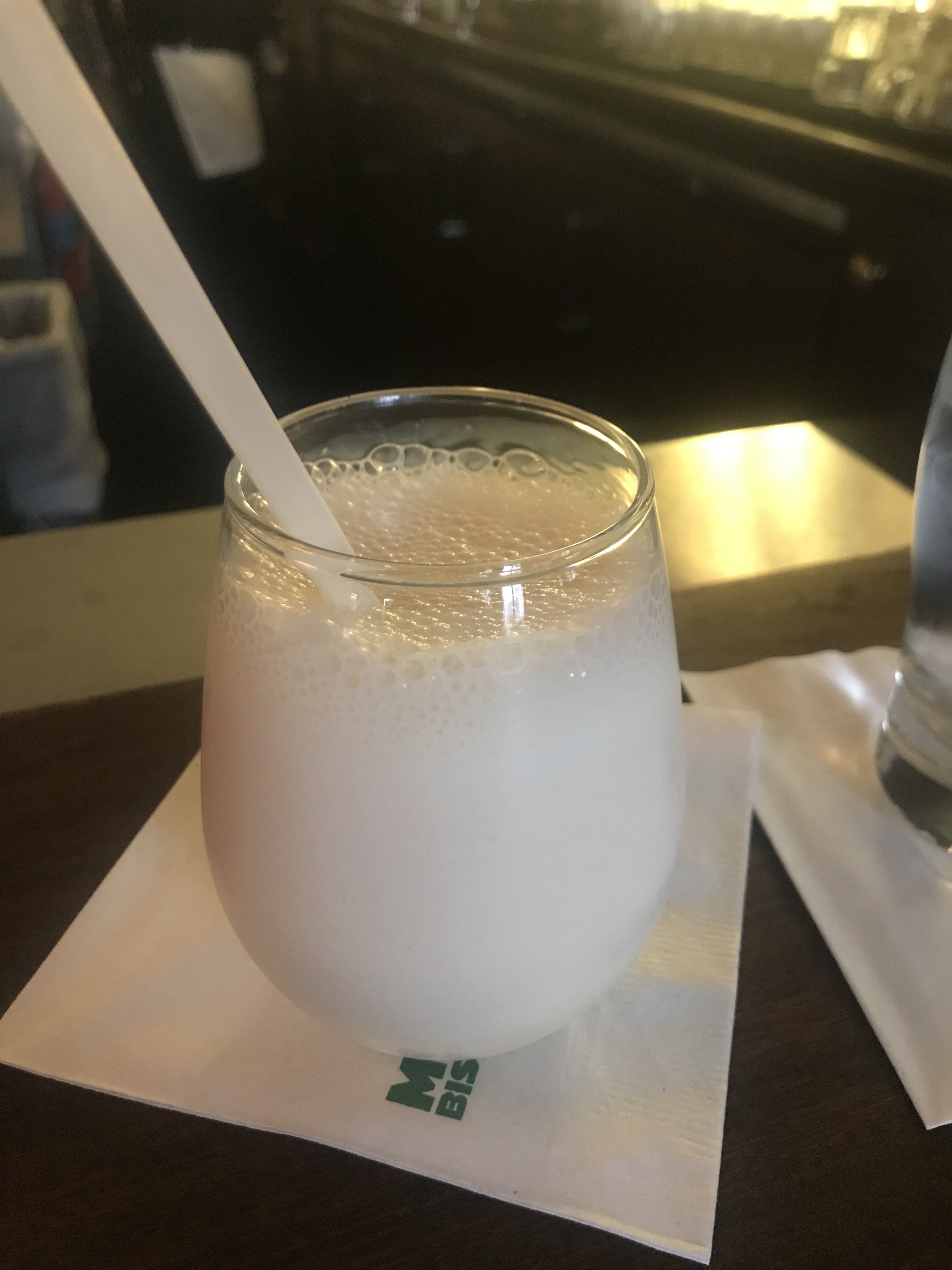 It was delicious but since one of the main ingredients is vanilla ice cream, I switched to a blood orange margarita next. (Also delicious.) 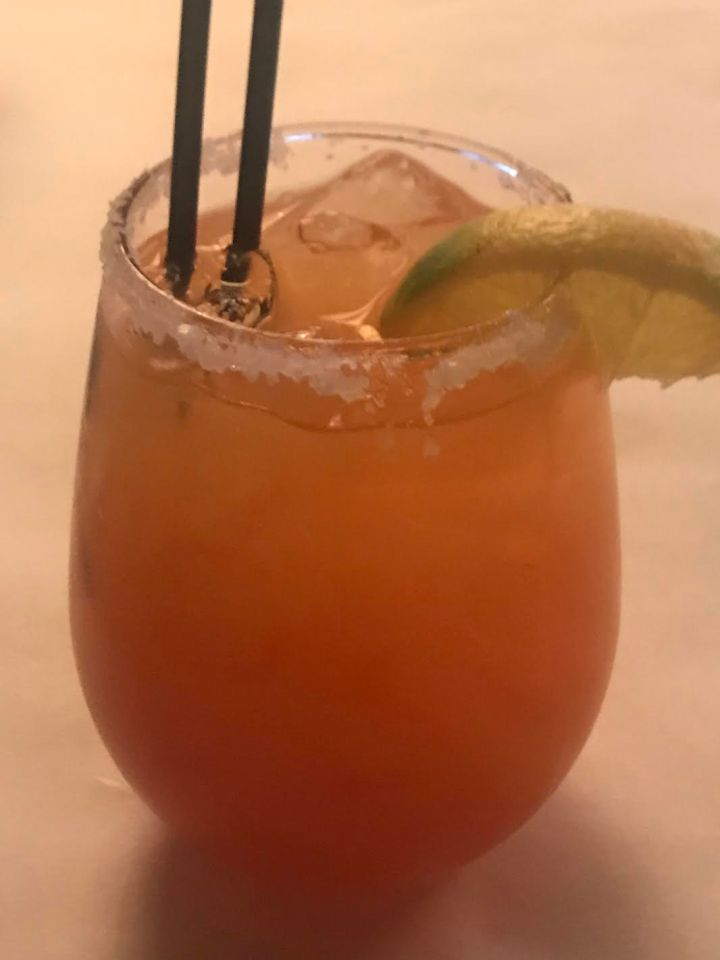 Since I was in New Orleans just as the Creole tomatoes were coming into season, many restaurants had specials featuring them, and Mr. B’s was no exception. Theirs were thick-sliced, drizzled with aged balsamic and scattered with shaved parmesan. They were mind-blowingly good. 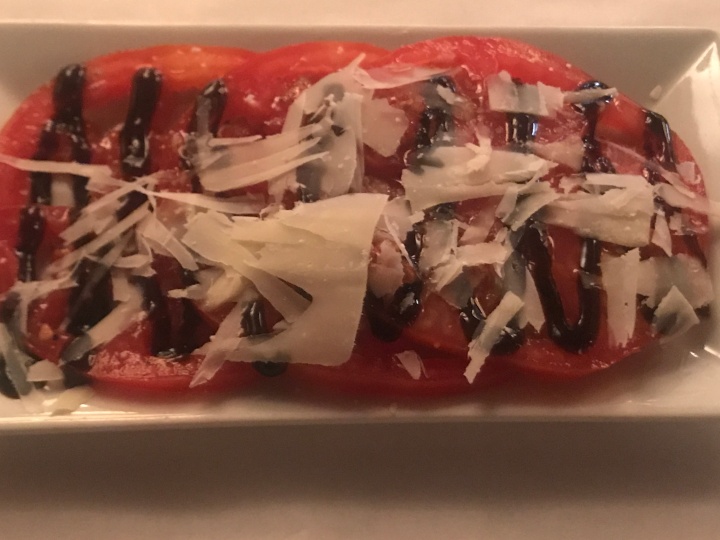 But this…this is what haunts my dreams at night: 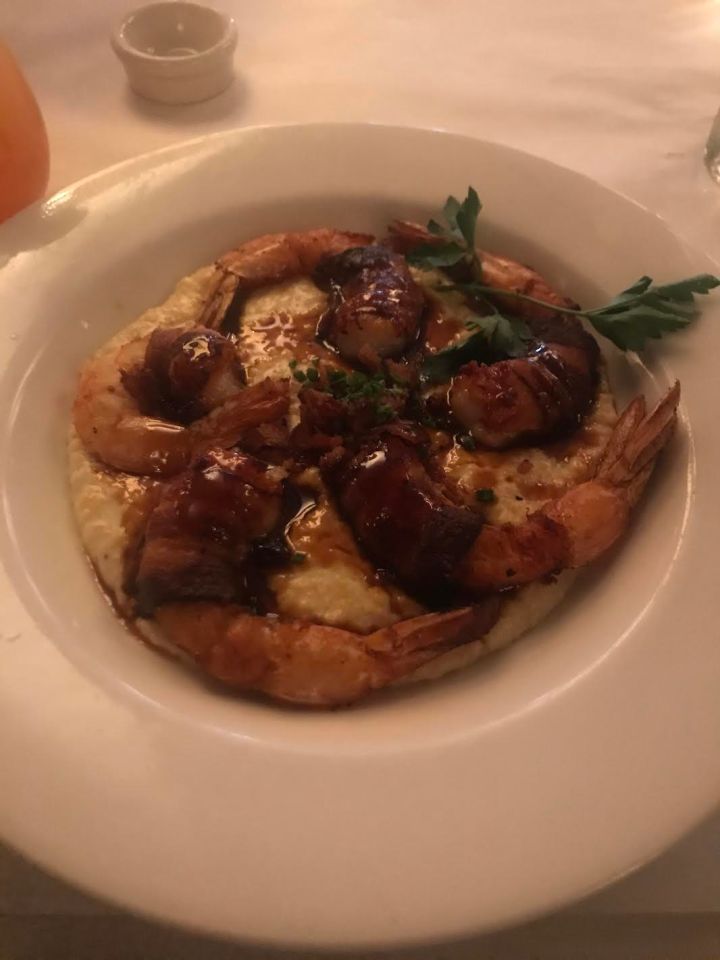 This is Mr. B’s best-known dish and for good reason. The huge Gulf shrimp are wrapped in pecanwood-smoked bacon, served over creamy yellow grits and drenched in red-eye gravy. 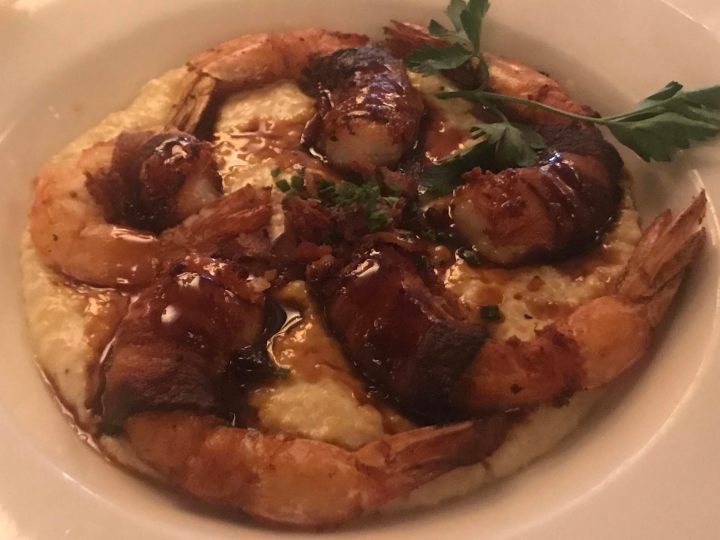 This may have been one of the best dishes I’ve ever eaten.

It would be very difficult to top the shrimp and grits with dessert. Then in steps the other Mr. B’s cult favorite: Profiteroles with chocolate sauce and vanilla ice cream. 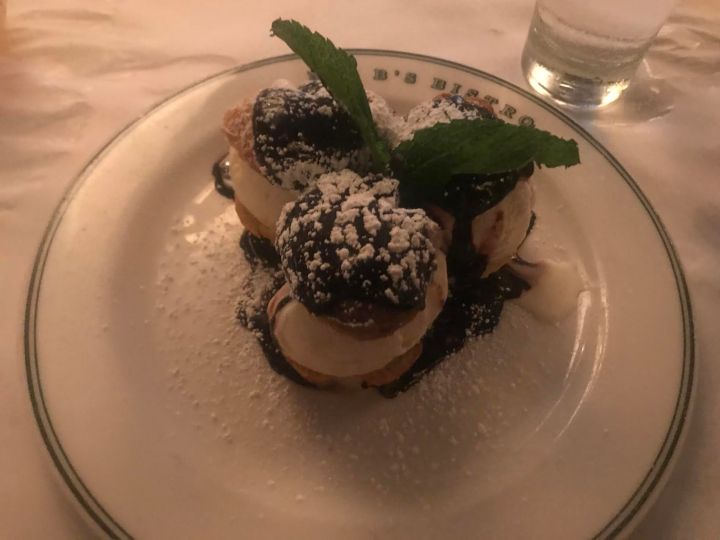 Simple dishes like this have to be done well to be memorable, and these profiteroles were done very, very well.

In short, Mr. B’s can put me at any table they like and I will gladly hang out for hours at the bar, if it means I can make my bacon-wrapped shrimp and grits and profiterole dreams a reality.