Sundays are for Dim Sum. While the rest of America goes to church, Sunday School, or NFL games, you can find Chinese people eating Cantonese food. — Chef Eddie Huang 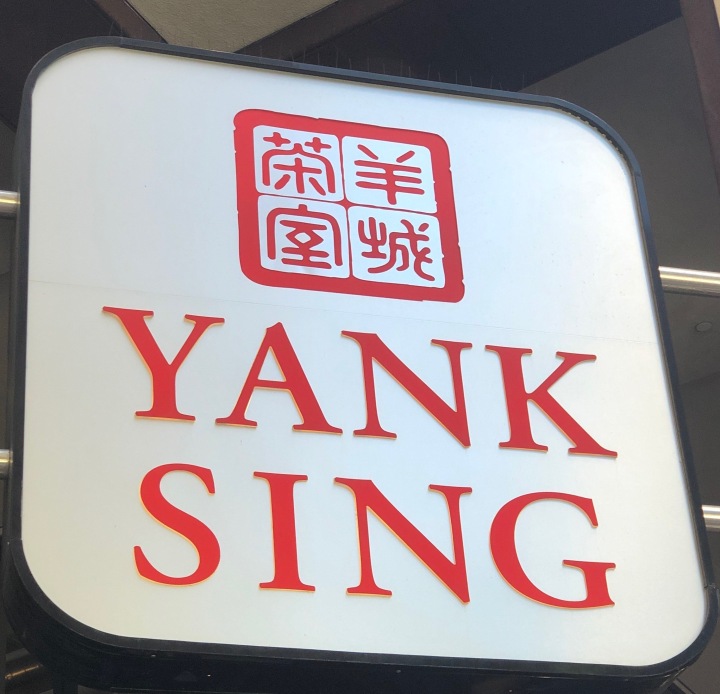 I grew up where Sundays were for church. Or rather, for Church. Wednesday nights, too.

You were expected to put on your best dress, and spend all of Sunday morning attending Sunday School (even when you were far past regular school age), drinking coffee in the fellowship hall and listening to the preacher try to save you from hellfire and damnation.

Then I moved to San Francisco, where the unchurched outnumber the churched, and Sunday mornings are for brunch…drag or not.

Soon after, I discovered an even more exotic way to spend my Sundays: Dim sum.

Dim sum translates to “touch the heart”, which is a surprisingly apt description for this unusual meal. There are no courses:  Just an endless parade of small plates and dumplings – steamed or fried – stuffed with a variety of fillings.

And it is a parade, because dim sum is an experience, not just a type of food. There are no menus; servers push past with heavily laden carts,you choose what you like, then they mark what you chose with stamps on a little card at your table.

This past Sunday was an absolutely glorious day in San Francisco, and I met my friend B downtown for Sunday dim sum at Yank Sing as a belated birthday gift.

There are plenty of places in San Francisco, of course, for amazing dim sum, some with pretty storied pasts. Yank Sing is a bit more modern, with abstract sculpture outside and a large covered seating area.

It’s located South of Market, but no less delicious for not being in Chinatown. There’s a second Yank Sing near the Embarcadero; both are conveniently located near BART. Just be sure to be clear which one you have reservations at so your friend doesn’t go to the wrong one. (Ahem.)

And yes, reservations are recommended.

I started off with a Sapporo Light beer, which had almost a gingery kick.

Our first choice was an order of absolutely perfect baked pork buns. They were just a bit sticky on the outside, as they should be, and the BBQ pork filling was both sweet and savory.

Our next choice was probably my favorite: chicken and mushroom dumplings. I’d never had these before; they were either baked or pan-griddled (I believe the latter) with a very light filling inside. They were heavenly.

Next were pork potstickers, done about as well as potstickers can be done.

We also tried the steamed Siu Maye (or shumai; I’ve seen both spellings). I believe these were shrimp, but B ate them all so I wouldn’t know. 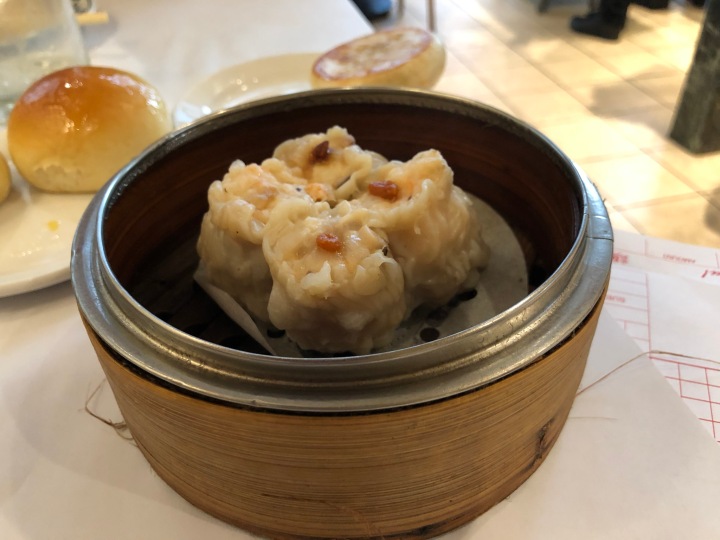 These Spring Rolls were were so crisp and light and hot, and the accompanying sweet and sour sauce was perfectly balanced. (There were more of them, but we fell on them before the picture was taken.) 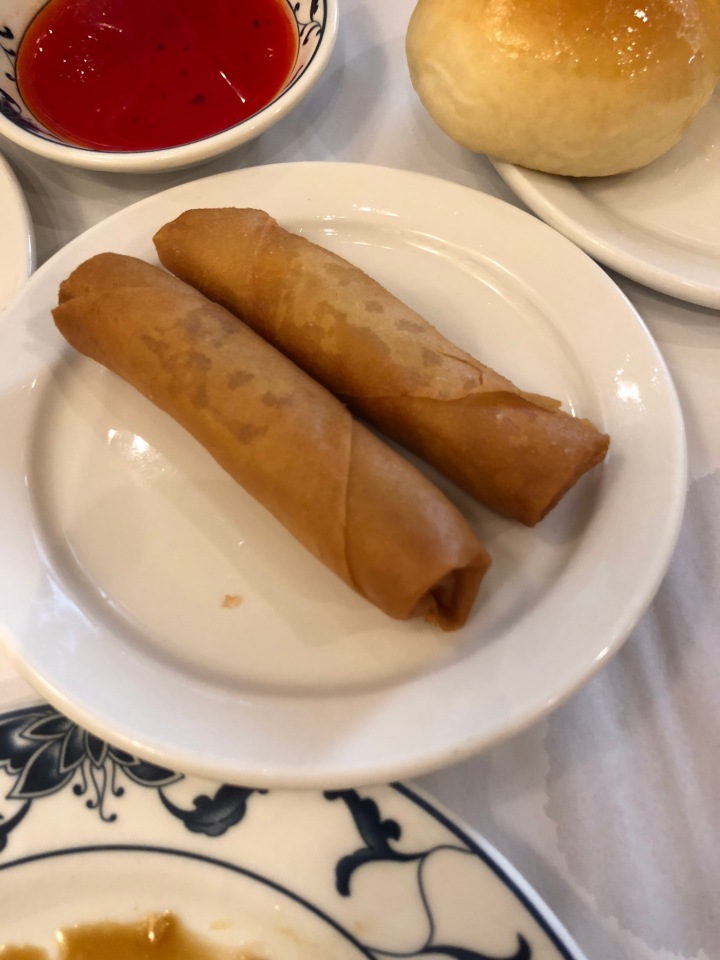 Oh, look…something green! The Chinese broccoli was a bit on the oily side, but was perfectly crisp. The sauce was added at table, and provided a nice savory taste.

Finally, we come to the main reason I do dim sum: Sesame balls. This sweet-but-not-too-sweet dessert consists of doughy balls surrounding sweet red bean paste and rolled in sesame seeds. We had to get two orders because I insist on my own.

It was a leisurely-paced, delightful meal.

It was a bit pricey, though; with tip, it came to about $120. You can do cheaper if you’re careful, but it’s also easy to spend more.

Still, not a bad way to spend a Sunday morning, completely hellfire-free.