Work is the curse of the drinking class. –Oscar Wilde (from a napkin at Arnaud’s French 75 Bar)

I have eaten a lot of amazing meals in New Orleans. Arnaud’s beats them all.

I started off in the bar, sitting in a leopard print chair and sipping one of the place’s namesake champagne and cognac cocktails. (That sentence, by the way, is the definition of ‘winning at life’.) 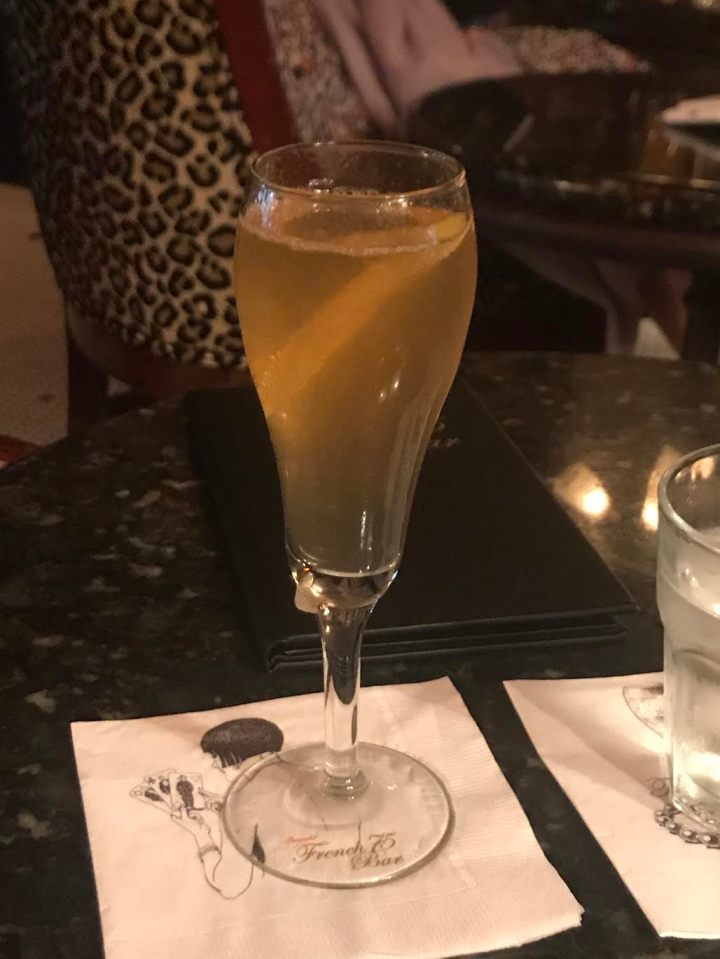 If you, however, are nowhere near Arnaud’s French 75 Bar and its fanciful chairs, Saveur has the recipe.

I was then led to a dining room that can only be described as magnificent: 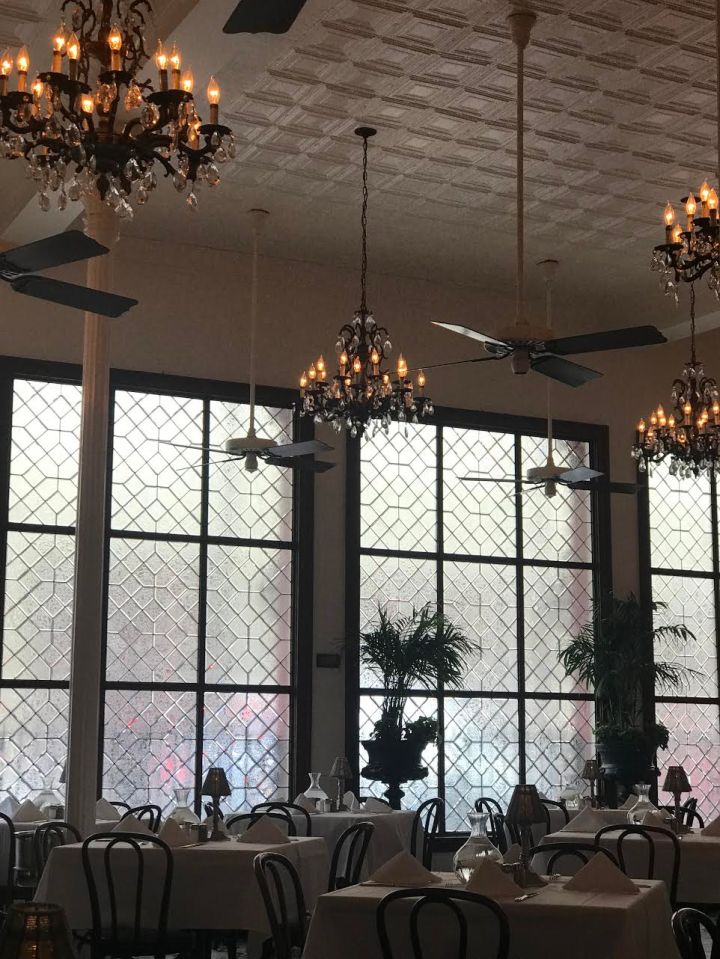 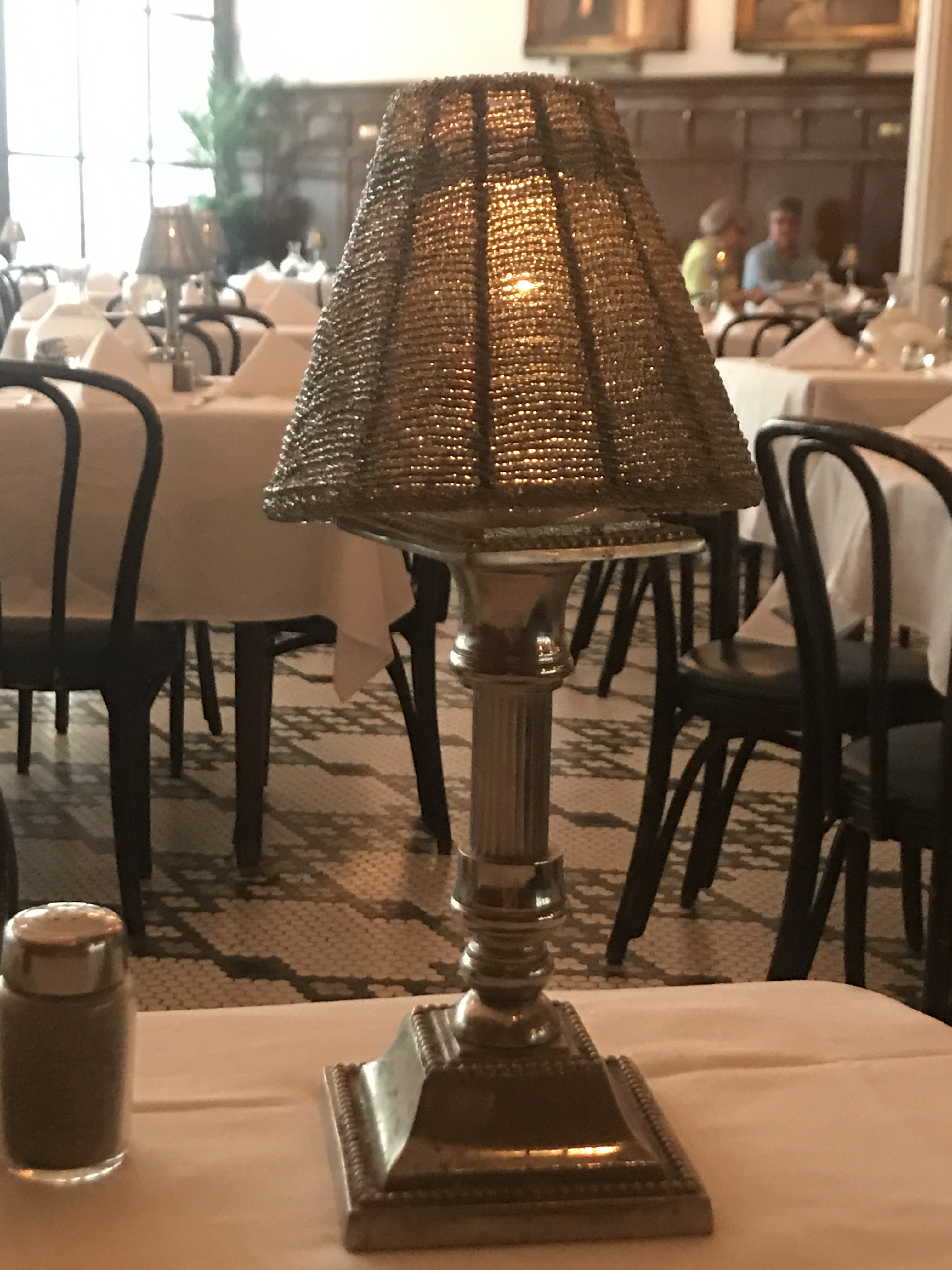 Once seated, I was presented with a paper menu much more low-key than the meal that would follow.

I visited in the summer, so while the signature dishes won’t disappear, others will change with the seasons.

I was greeted with a hot, freshly baked baguette, and was encouraged by my waiter to just “get in there and tear it up!”…which I did. No butter necessary.

My salad was a special for the night: the first Creole tomatoes of the season, lightly dressed with lemon, olive oil, salt and pepper and sprinkled with chiffonade basil.

If tomatoes could be a religious experience, these were it. I’ve never had tomatoes like these in my life. 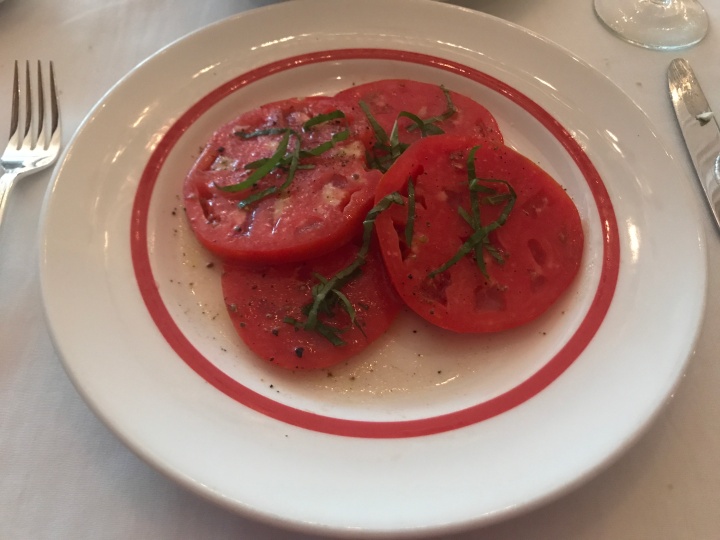 My next course was the restaurant’s signature souffle potatoes served with béarnaise sauce. According to the menu…

Legend has it that Collinet, French King Louis Phillipe’s (reign 1830-1848) chef unintentionally created soufflé potatoes by plunging already fried potatoes into extremely hot oil to reheat them when the King arrived late for dinner one night. To the Chef’s surprise and the king’s delight, the potatoes puffed up like little balloons.

The maître d’ rushed over when he saw me taking pictures, and urged me to not let them go cold. Not much chance of that.

One note: These are served in the bar, too, and if there’s any bar food that would go better with a French 75, I don’t know it.

For my entree, I chose the filet mignon Charlemond: grilled center-cut filet in a rich mushroom sauce, topped with béarnaise sauce. If this seems like a lot of béarnaise sauce for one meal, it was not, it was not. I could have bathed in the stuff. 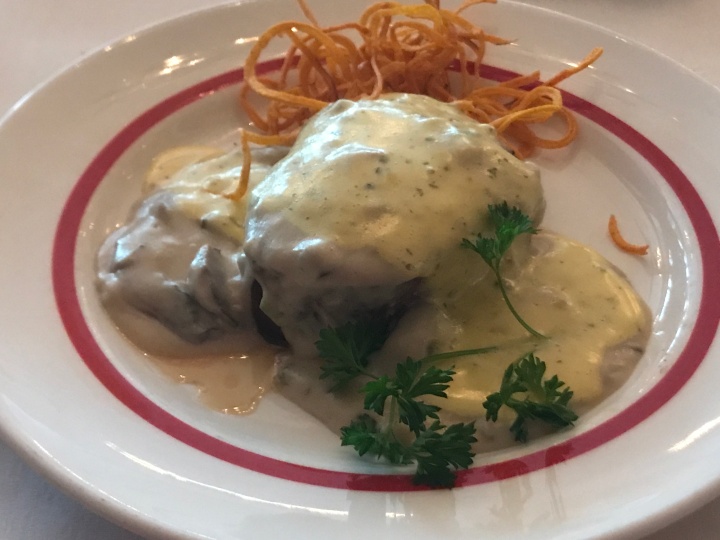 I stuck with the house speciality theme when choosing dessert. Strawberries Arnaud is simply fresh strawberries marinated in port wine and served with French vanilla ice cream and whipped cream, but that hardly does them justice.

And how cute is that tuile cookie spoon?? It was as delicious as it was adorable, and it was pretty adorable. 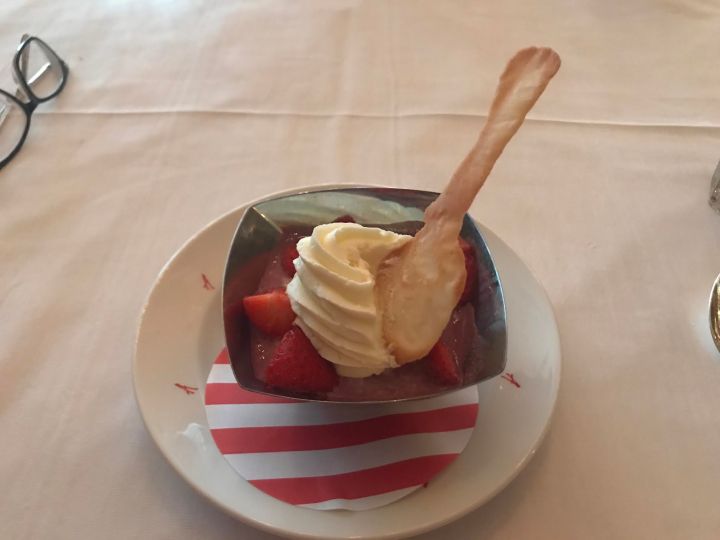 This meal was perfect from start to finish. The food was simple but perfectly prepared, and the service was that formal yet down to earth style that New Orleans does so well.

When I left, I told the manager that he had beaten out Brennan’s for my favorite restaurant in New Orleans, and he shook my hand with a triumphant look on his face.